I am 29 years old and have been practicing Tai Chi since 2004. I first came across Tai Chi when my friend introduced the idea... 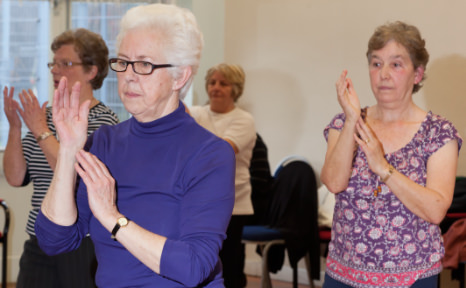 David Lipka is the principal teacher at Mindful Tai Chi (www.mindful-taichi.co.uk) and is an advanced instructor with the Tai Chi Union for Great Britain. His in depth Tai Chi training has been specifically within the Wu style of Tai Chi Chuan of Wu Chien Chuan as developed by Ma Yeuh Liang and Wu Ying Hua (Shanghai)

He is also trained in Traditional Chinese Medicine and Shiatsu and is a Member of the Shiatsu Society (M.R.S.S.).

David has been teaching Tai Chi professionally since 1997.  As well as offerings classes for the general public and running his own school he has developed a widely acknowledged expertise in working with people with specific health concerns. He has been commissioned to teach Tai Chi as part of an NHS falls prevention strategy, run courses for people with dementia and their carers, helped stroke survivors in rehabilitation, worked with children with ADHD, adults with severe mental health issues and people with Parkinsons Disease.  Funding has been made available from the NHS (to deliver projects in primary and secondary care settings), national and local charities, local authorities and a pharmaceutical company, which indicates an increasing acceptance of the value of Tai Chi in a variety of healthcare settings. 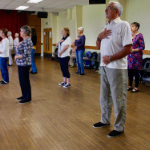 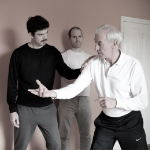 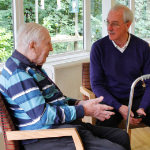